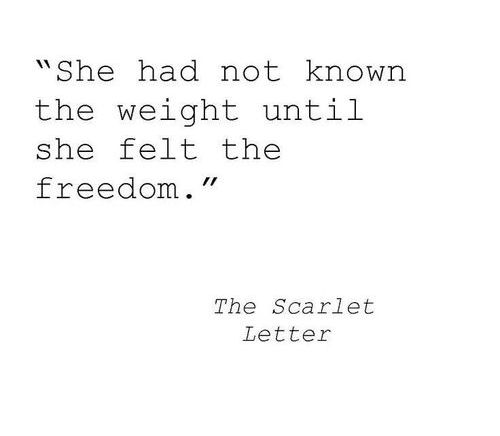 Most resources will tell you that it takes a person 6-8 attempts to leave an abusive relationship. There are many reasons why victims don’t leave:

For me, It didn’t exactly take 6-8 true attempts at leaving, but it took me almost 8 years. The major reasons that I would list in my case were: Embarrassment or Shame (I went against EVERYTHING that people told me and was so convicted in my decision to marry this man… how could I be wrong?!?), Love (The highs were really high, and there was a while when they outweighed the lows), Low Self-Esteem (my Narcissist had me convinced that I wasn’t worthy of love and I would certainly never find a love as strong as his.)

I did actually really leave the Narcissist once. Here’s my story:

September 2011
The Narcissist’s anger had been particularly bad and the physical violence seemed to only be getting worse. There had been a number of incidents over the course of the weekend that had left me in a state of feeling absolutely hopeless. The Narcissist was mad at me for something or other… I honestly cant even remember, it all blurs together in my memories of that time period. I do remember that things had gotten particularly bad, we were supposed to go out for dinner and a movie with our good local friends and the Narcissist got so mad he left without me. Since we only had one vehicle I was stuck at house alone. The Narcissist called me and told me he was so furious at me that I better not be at the house when he returned. So I packed a bag for the beach to include some food, a book, some music, etc. and started walking.

I planned to hang out at the beach for as long as I needed to stay away but a few hours later the Narcissist called. He could tell based on the background noise that I wasn’t in the house and immediately asked where I was. When I told him I left the house he was furious and informed me that if I wasn’t back in the house by the time he returned from his solo dinner with our friends that I would regret it. I can still remember running in my flipflops carrying my beach bag at full speed for the ~1 mile it took to get home. It was about 100 degrees and humid as hell to top it off. I made it home before him, but it didn’t save me from any of his anger. We were up until almost 3:00 am fighting and at some point he dragged me across the living room by my hair.

I woke him up when the alarm went off at 5:00 am so he could get to PT in time. I made him breakfast and I got him out the door for work. Per usual he acted like nothing had even happened except he wouldn’t make eye contact with me or give me any bit of warmth or affection. After he left for work I started my usual routine of cleaning the house. I did a few loads of laundry and made the bed. I was literally arranging the pillows on the bed and had a panic attack. I couldn’t breathe and just started hysterically crying.

I was in a foreign country. I had no friends or acquaintances that I felt I could talk to – they were all tied to the military and the last thing I wanted to do was get the Narcissist kicked out of the military for abusing me. I didn’t have a vehicle, I didn’t have enough money to buy a plane ticket home. Every part of me wanted to run home to parents but I had no idea how to get the hell out.

I ended up on the doorstep of my neighbor, she was older (in her 60’s) and married to a helicopter pilot. She was warm and gentle and sweet and took a blubbering frantic panic-attacked girl into her arms instantly. In what can only be described as verbal diarrhea, I gave her the download on my situation in 5 minutes. She came back to my apartment with me and we removed every piece of my clothing and personal items from the house within 20 minutes. By the time the Narcissist came back for his lunch break I was already in a ‘safe house’ with all of my belongings and working with my parents on the phone to get a plane ticket for the next day.

The Narcissist attempted everything to stop me. He had his friends calling my phone, he had our Chaplin calling my phone, he showed up at the neighbors door, and he threatened to show up at the airport to stop me from leaving. (He called the airport and as my husband was able to get the info of what flight I was on.) Luckily I had an entourage of 5 people with me at the airport to make sure that I didn’t have a run-in with him. I can still remember crying for most of the 13 hour flight back to my home state, and I can still remember the giant hugs from my mom and dad when they picked me up on the other end.

I stayed with my parents for almost a month. I probably scared the hell out of them, because I am pretty sure that I was in a mental state where I couldn’t even maintain eye contact with them. I was like a dog who had been beat… I flinched with sudden movement, loud voices made me shutter, and I could barely even make a decision on my own.

When he picked me up at the airport he embraced me with hugs and kisses and apologies and told me how much he missed me and how thankful he was that I was home. In the midst of all of the hugging and kissing, he looked me deep in the eyes and said “Don’t you ever do that to me again, don’t you ever abandon me again.”

It took me 5 more years to find my strength and leave for good.

14 thoughts on “My First Attempt to Leave the Narcissist”